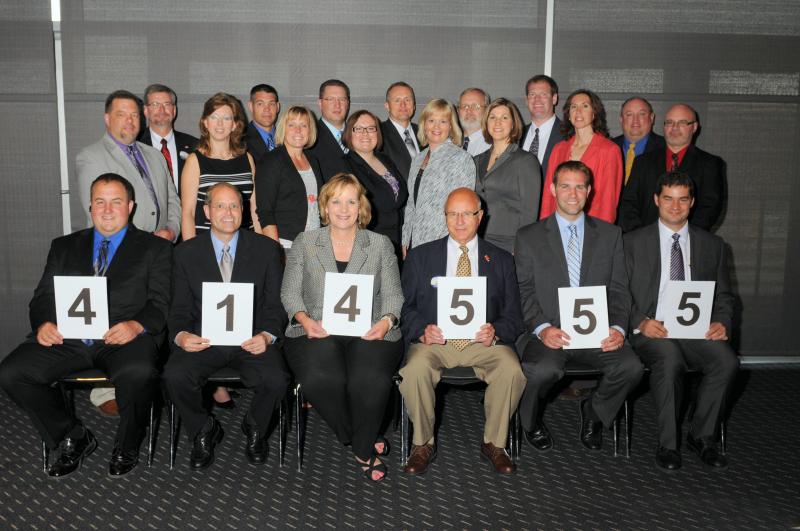 “This growth couldn’t come at a more crucial time,” says Julie Larson, Wisconsin FFA Foundation Board President. “With Wisconsin FFA membership at a 29-year high and the growing career opportunities in agriculture, food and natural resources, these resources contributed by our generous donors are used to their fullest potential.”

Evidence of this support was seen throughout the convention week. A “man on the street” video played during the third session highlighted some Foundation statistics in a peer-to-peer format for FFA members. One of the messages shared was that 100% of all funding support from the Foundation benefits local FFA members and chapters. Of that, nearly half goes directly to individual members and chapters as award checks, travel stipends, scholarships and grants. The other half supports the state level activities for local members to participate at little or no cost.

“We want all 19,000 Wisconsin FFA members to realize that all Foundation donors – everyone who contributes $5 to $30,000 – are helping them experience all of this great leadership training,” says Sara Schoenborn, Wisconsin FFA Foundation Executive Director.

Schoenborn says that connecting the FFA members with the understanding of Foundation support is also the reason for starting the Convention Scholarship Fund this year. Unveiled at the third session, all convention attendees were invited to contribute to the fund on Wednesday and Thursday. By noon on Thursday, the fund had surpassed its goal by raising $503.60. The scholarship will be awarded to an FFA member in spring 2014.

“We plan to make this an annual part of the convention and hope we can provide a few scholarships each year as the idea grows. It’s really exciting to imagine being that FFA member who is selected to receive the scholarship and knowing that it came from your peers,” Schoenborn says.